This unbranded campaign was designed for the Rheumatoid Arthritis (RA) Drug, KEVZARA. This drug works with the interlueken-6 (IL-6) cytokine to help prevent the progression of rheumatiod Arthritis. Because the role of IL-6 in Rhuematiod Arthritis is not common knowledge amongst Healthcare practitioners, the campaign highlighted the importance and critical nature of an overabundance of IL-6 in the human body. 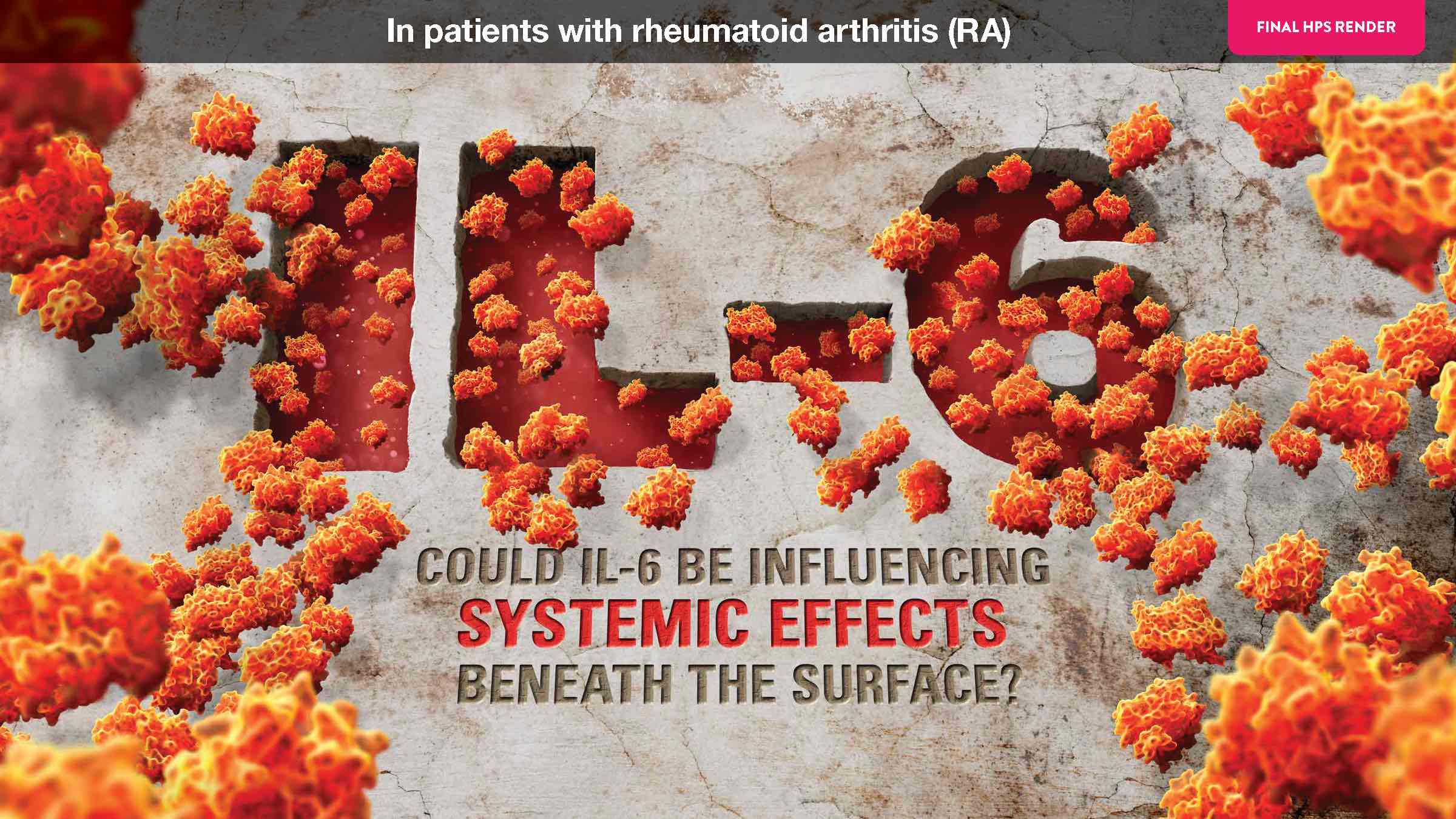 This is the final piece which was used to define the rest of the campaign. After going through many rounds, the artwork was sent to a CGI team to do rendering.
The concept behind this campaign was to use an iconic typographical treatment of the letters IL-6 to draw attention to its importance. Because IL-6 cytokines and their effect on the body are such an abstract concept to convey, the idea was to show the overabundance in a dramatic, infestation-like way while also calling out the letters IL-6 clearly in order to connect the name with the concept. 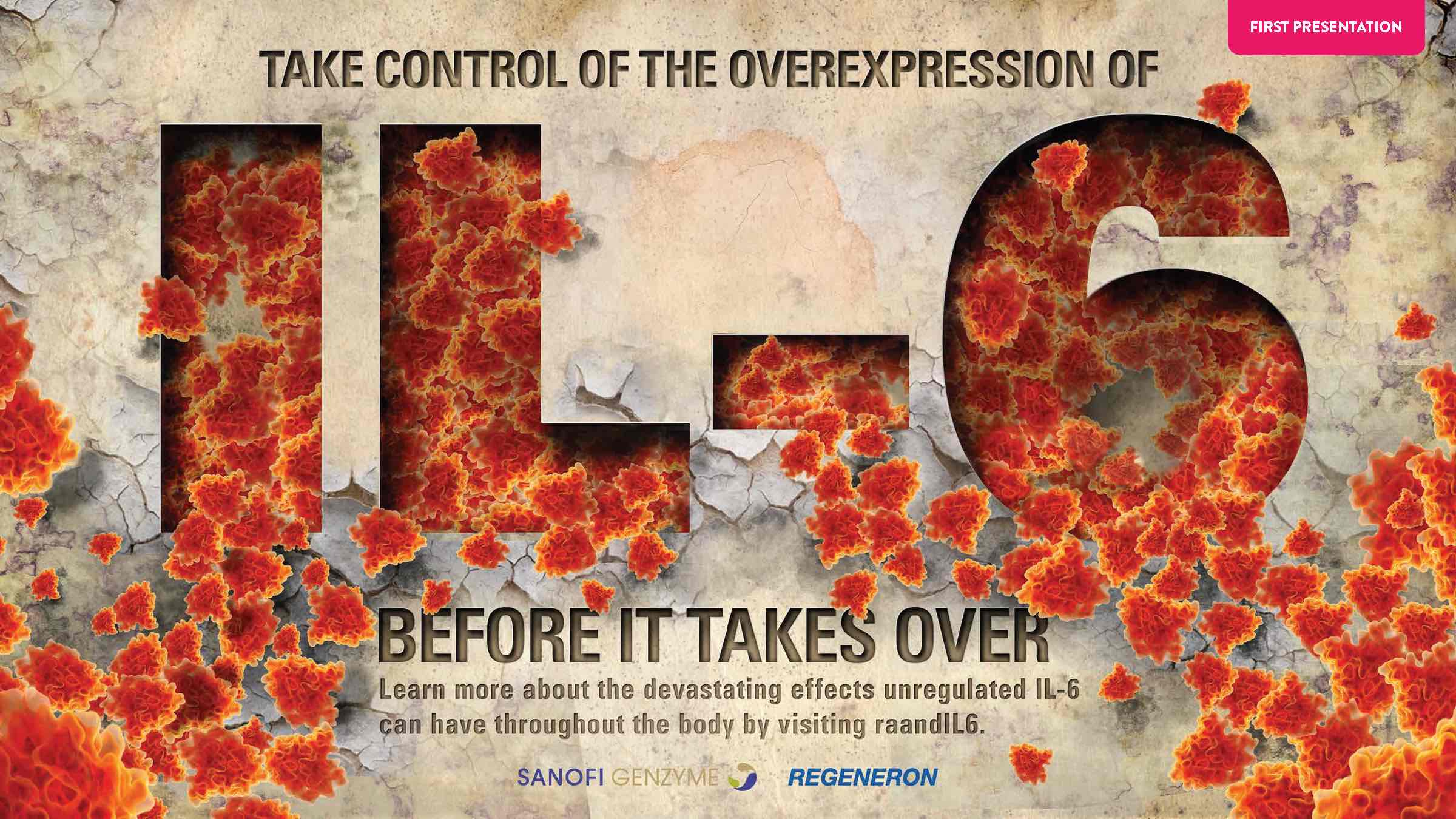 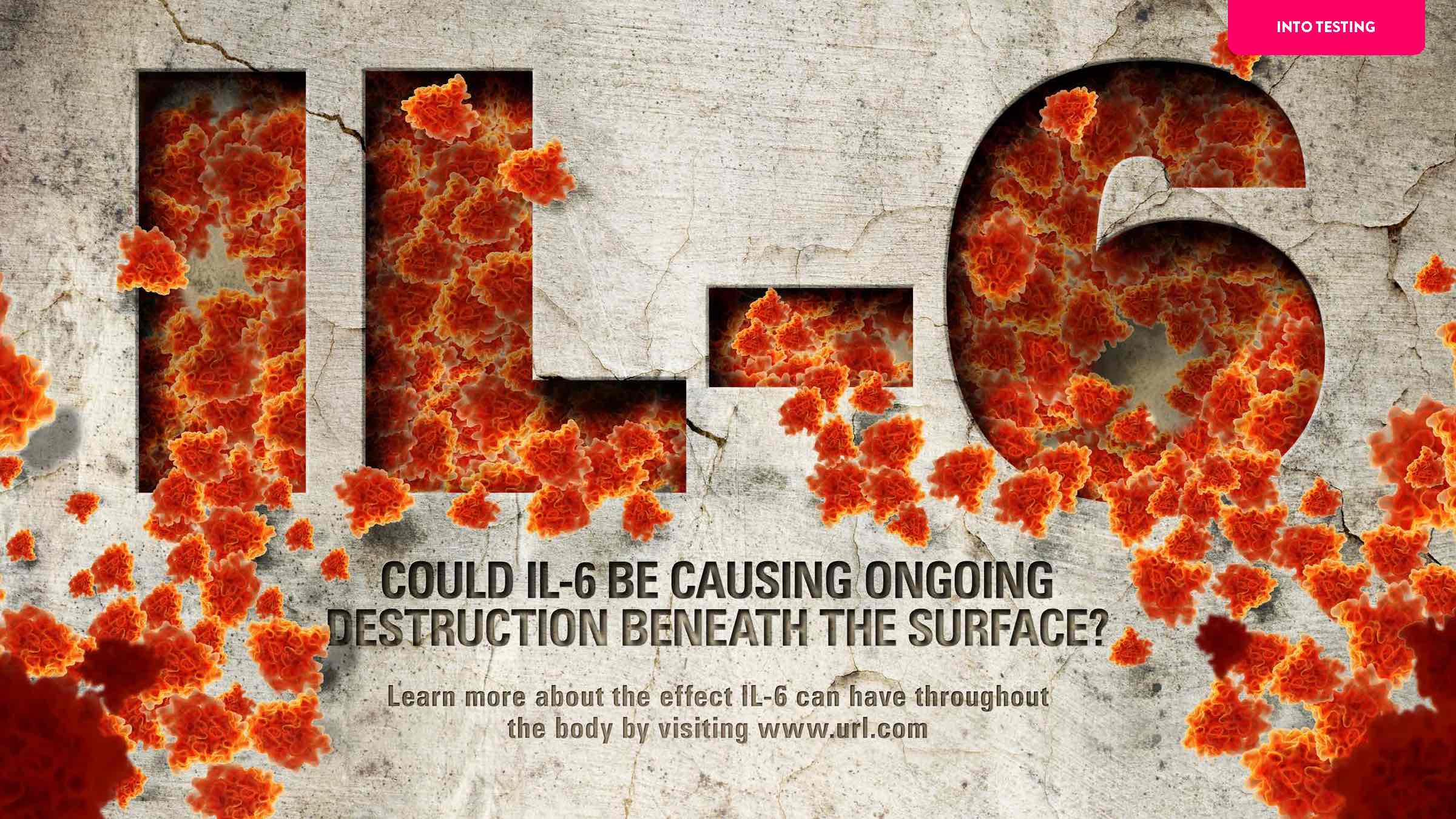 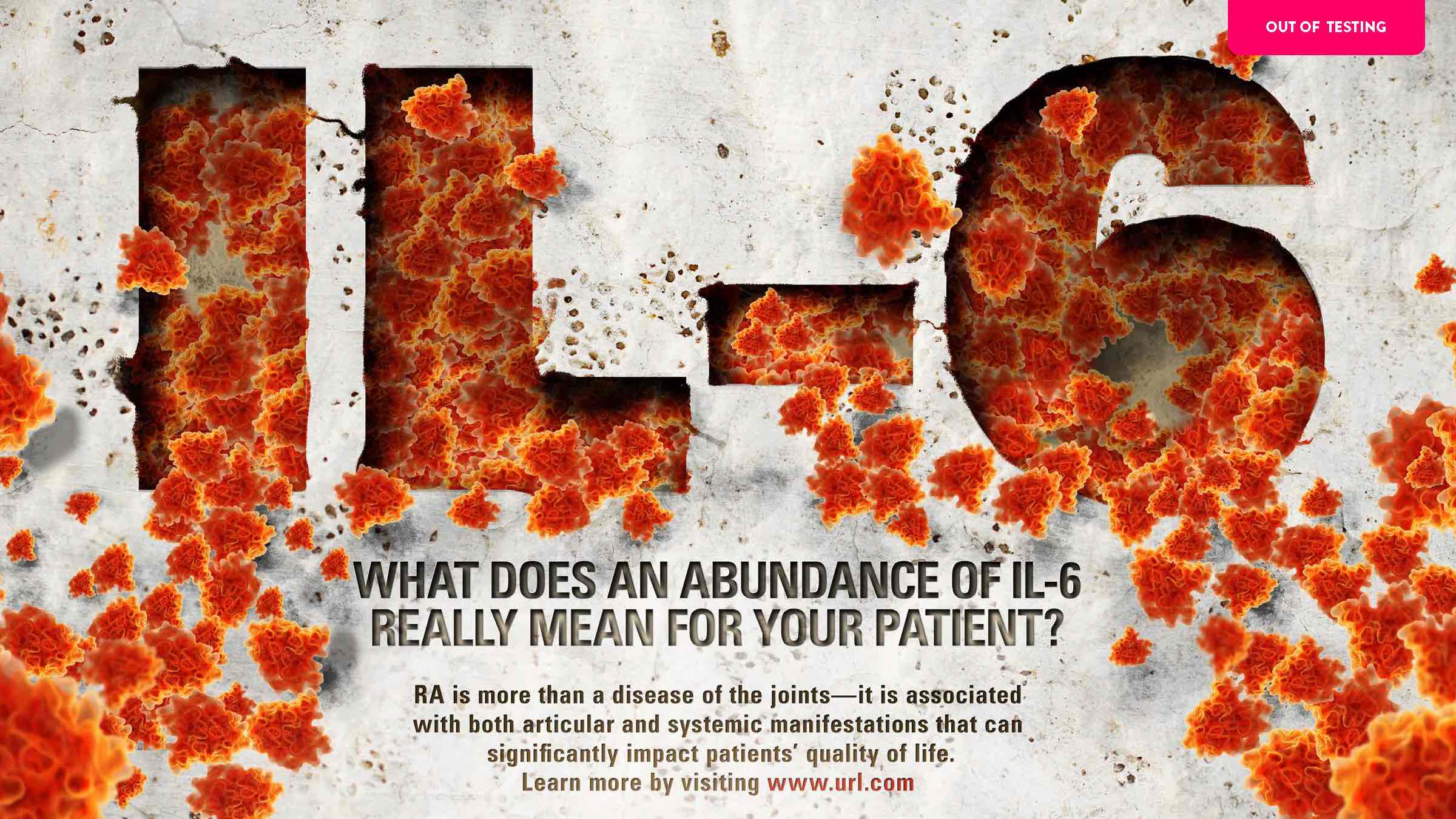 The concept went through multiple rounds before settling on the final art. I created the first iterations in photoshop before sending the art to be rendered by a cgi artist for the final campaign art.

I also led the creation of the website which expanded upon the theme of infestation of IL-6 by using parrallax effects. The live site can be found here. 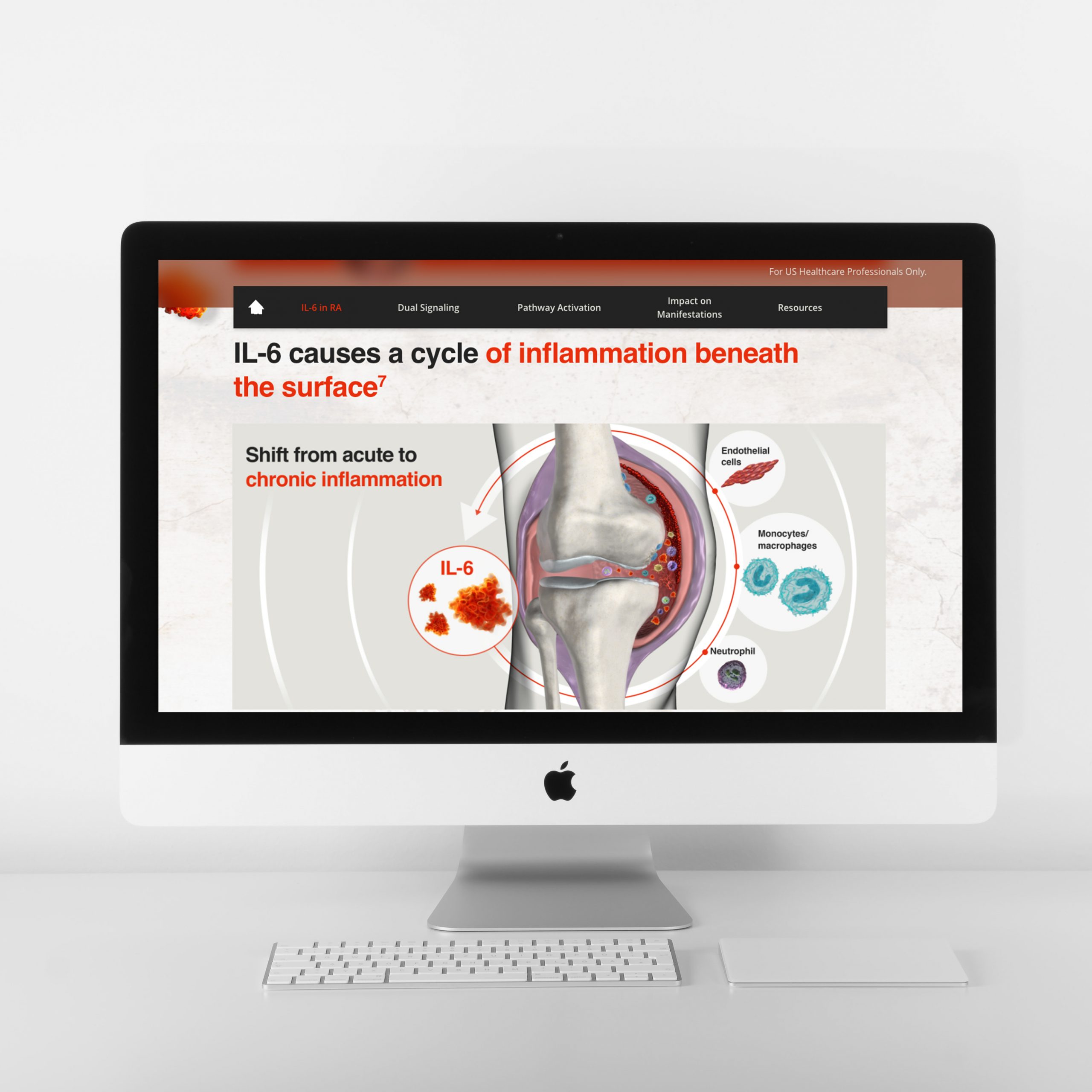 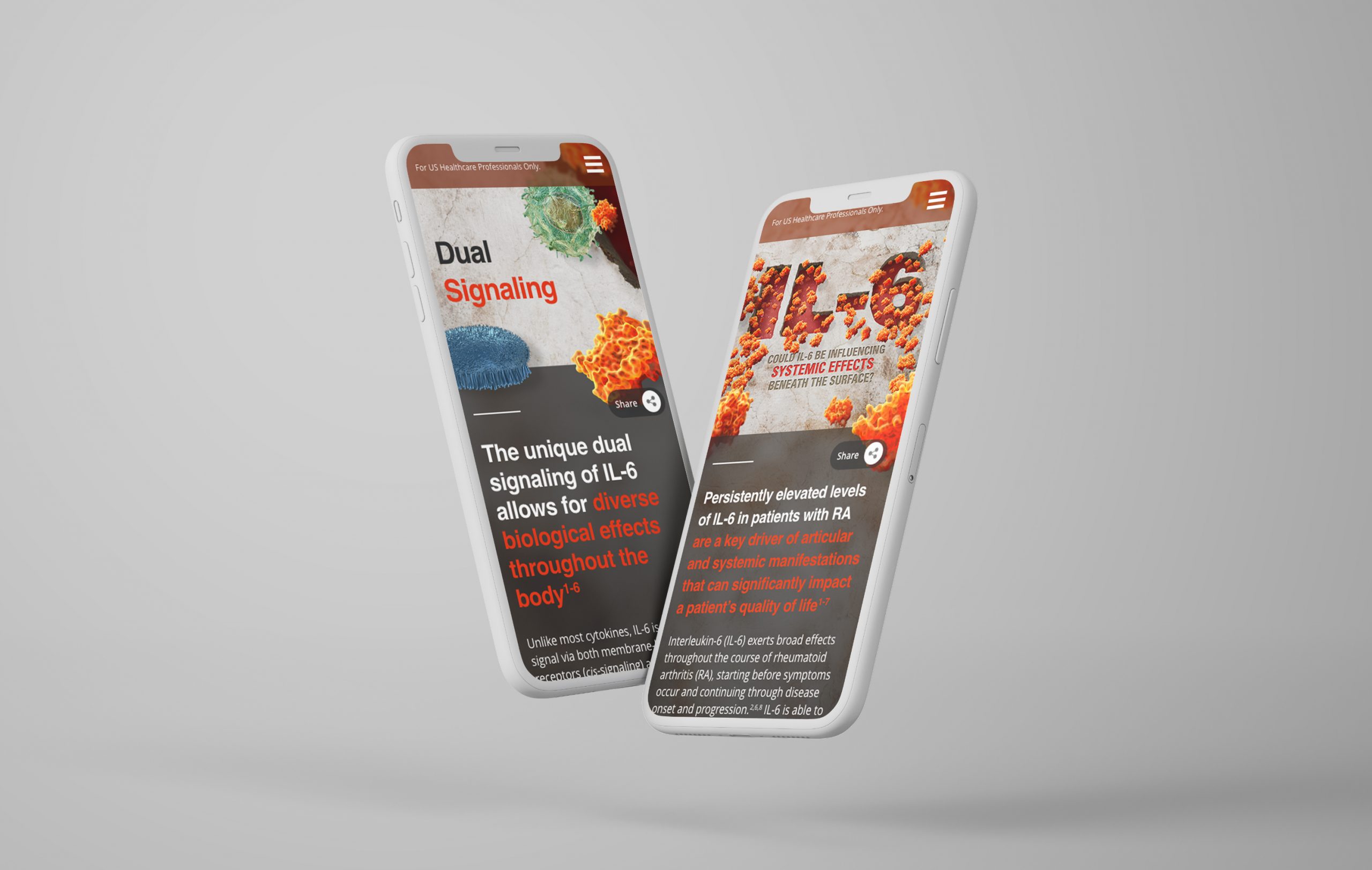